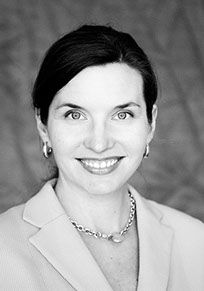 Lauren began her career as a criminal defense attorney in New Orleans in both private practice and as a public defender. At Laurie White & Associates, she handled criminal cases at all levels: local, state and federal. She also served as appellate and post-conviction counsel on several criminal cases. As a public defender in Jefferson Parish, she focused on drug charges and successfully maintained a heavy caseload while devoting time to address the questions and concerns of each client and their families.

Following the devastation of Hurricane Katrina in 2005, Lauren relocated closer to home to Charleston. Beginning in early 2006, Lauren worked as an associate at Savage & Savage, P.A., and worked side-by-side with local attorney Andy Savage on local, state and federal cases, including cases of both regional and national notoriety.

In 2010, Lauren joined forces with Abigail Walsh to found the innovative, women-owned boutique firm, Williams & Walsh. At all levels of local, state and federal courts, Williams & Walsh is guided by experience, effectiveness and empathy, and offers comprehensive representation to people in need, of all backgrounds.

In 2013, Lauren was honored to be nominated and graduate from the Furman University Riley Institute’s Diversity Leadership Initiative. Lauren is also a volunteer attorney with The Clemency Project, which screens nonviolent federal drug offenders for prison time reductions in accordance with President Obama and the Department of Justice’s clemency initiatives. The Clemency Project is led by the American Bar Association’s Criminal Justice Section, the American Civil Liberties Union (ACLU), Families Against Mandatory Minimums, the National Association of Criminal Defense Lawyers (NACDL), and federal defenders. Lauren is proud to volunteer her time to this worthy cause.

Lauren has also served as a Charleston Pro Bono Project Lawyer Volunteer, as well as a Planned Parenthood Young Advocate Volunteer. Lauren is also a member of the Charleston County Friends of the Library.

Most recently, Lauren is honored to serve as the private defense bar community representative on the Charleston County Criminal Justice Coordinating Council (CJCC). The mission of the CJCC is to improve fairness and accessibility within the local criminal justice system.

Lauren is a member of the following:

Lauren also proudly serves on the United States District Court for the District of South Carolina Criminal Justice Act Panel in federal court in an effort to assist in providing quality representation to indigent clients. Finally, Lauren is a proud member of the University of North Carolina General Alumni Association and a fanatic Tar Heel. 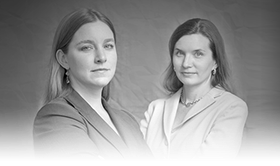